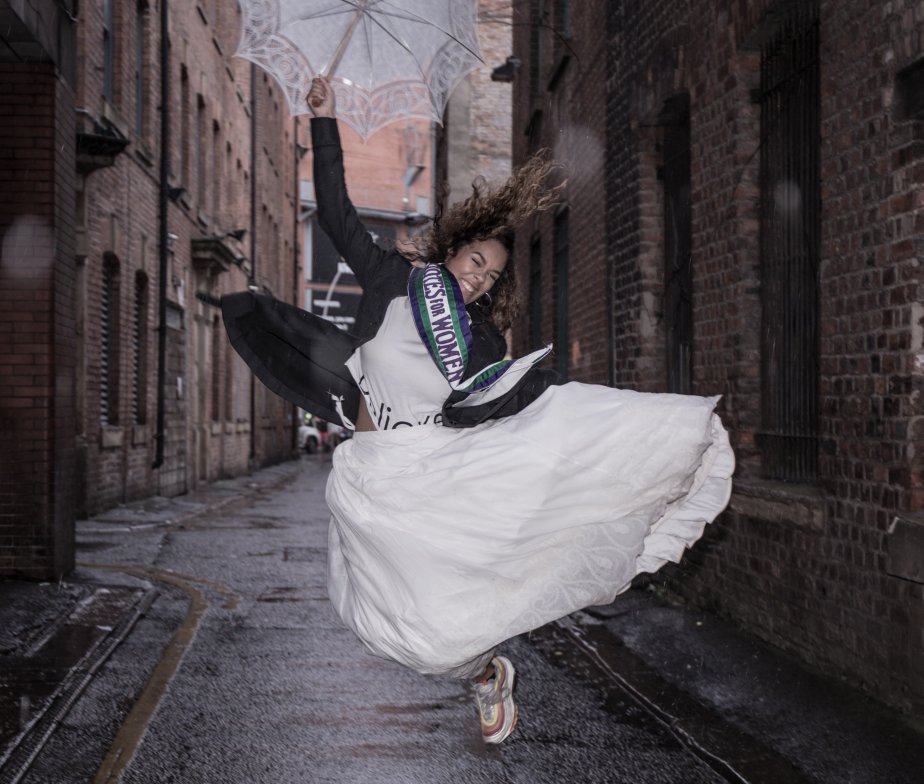 Museum of Science and Industry

Contact Young Company working with the brilliant women of Sh!t Theatre and the Peoples History Museum was always going to be an intriguing project. She Bangs The Drums explores and celebrates the history of the Suffragettes and Manchester’s rich heritage of radical politics. 100 years since The Representation of the Peoples Act gave women partial voting rights this explosion of passion and energy would have been applauded by the Pankhursts.

Staged in part of the Museum of Science and Industry, the setting feels almost church-like with industrial beams and brick archways which are used to great effect with clever projections and bicycles adorned with twinkling lights flitting past the audience.

A band called Powerful Women are tucked in an archway and are central to much of the performance providing great music and vocals. There is drama, poetry, spoken word, dance, comedy and so much more. This is a show packed with all the elements that showcase the wide range of skills at CYC and could have resulted in a muddled mess. With a sound creative team including Cheryl Martin and Keisha Thompson and inspired direction the result is cohesive and beautifully balanced.

Packed full of historical facts such as the brutal force-feeding of prisoners and current references to #MeToo and #BringBackOurGirls, this is a trip from the lethal hatpin in a Suffragettes hat to the rape alarm in my daughter’s schoolbag. Cheeky, charming and incredibly poignant, this is a celebration of women everywhere, past and present.