The cast of Switch in rehearsal 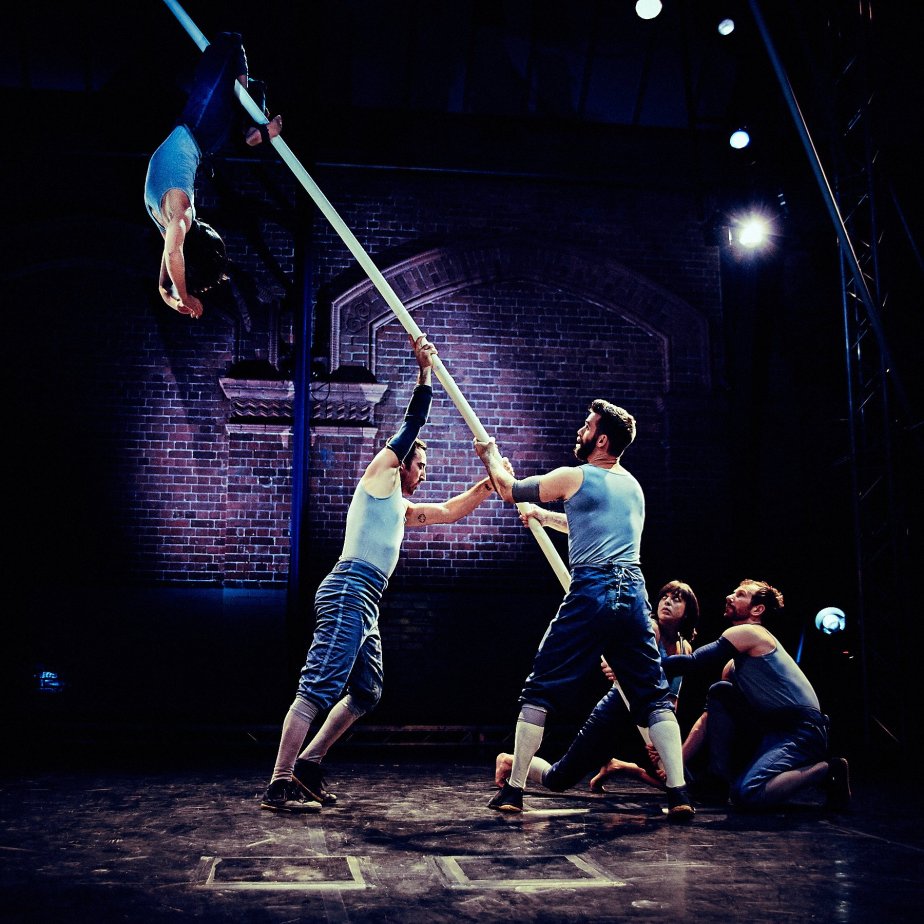 For the latest performance in Contact’s In The City programme, the setting is the stunning Old Campfield Market. Switch is a brand new circus inspired work developed by young people from North Manchester with support from Ockham’s Razor who also perform their award-winning show Tipping Point.

It is a major creative challenge to work with non-circus trained young people to develop work that has its basis in the challenging and innovative style of Ockham’s Razor. Artistic Director Charlotte Mooney ensures there is a neat developmental flow between the two pieces.

Switch has nine individuals in constant poetic flux as they work with poles. Seemingly herding people like refugees, they connect and disconnect, teasing, tantalising and threatening. The identifiable conflicts reflecting intensely human experiences are always evoked with a playful quality and the light touch so characteristic of Ockham’s Razor. With a soundtrack by Bellatrix this new work has charm and style in abundance.

Tipping Point combines mayhem and mastery to create something breathtaking that evokes palpable terror and jaw-dropping awe. Huge poles swing and swirl at speed around this magical chalked circle as the aerial performers play Russian Roulette with their lives dodging and shape shifting on the ground and in the air. Playful and mercurial these highly skilled performers are incredible to observe. Like an ever moving sculpture of sleek poles and sinuous bodies this is a stunning spectacle of just how good modern, cutting edge circus theatre can be.