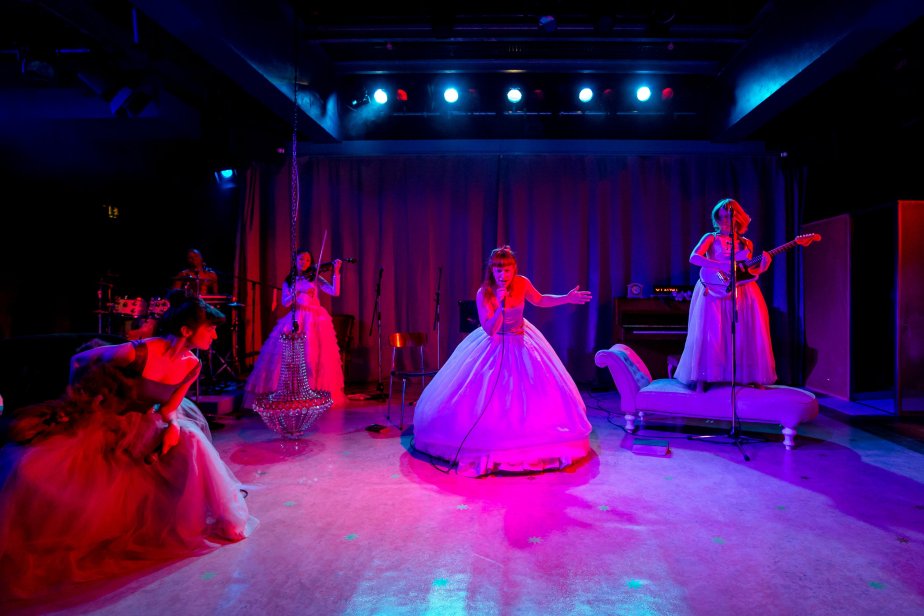 Three Sisters is the latest show from multi-award winning Rashdash and is co-produced with the Royal Exchange Theatre with whom they are Associate Artists. This is a gutsy and vibrant challenging of the narrative conventions of the classics in theatre. In taking a play by Chekhov and experimenting with the form Rashdash are exploring who the classics are aimed at. Do they still have a relevance in theatre today? Who gets what from them and in what’s ways can we alter them to continue to get something powerful and enduring from them?

Why do the men in this play have all of the lines?

Rashdash rip up the script, burn the frumpy black dresses, bare their maidenly breasts, crank up the volume on the piano and add some strings and drums. This is Chekhov in a mash up with Vivienne Westwood and The Slits. This is sexy, vibrant, caustic and clever. Packing a hefty feminist punch and some serious theatrical clout while also remaining playful and whimsical, Three Sisters is truly a thing of joy from start to finish.

These three sisters are not muted and still. They are not passive Barbie dolls but are Action girls in crinolines. There are no sepia tones to this production, instead there is a kaleidoscope of colour. There are frequent moments where tableau scenes are staged then fractured and fragmented as the performers hold up a prism to see women as so much more than pliable, passive vessels to be moulded by male writers into their version of womanhood. These women are messy, imperfect, funny, clever and complex. They have mastered social media as well as the piano. They are cultured and educated with their own opinions, and can also cry in a supermarket and “dance it out” like they’re on Greys Anatomy. They own their own bodies and wear whatever they choose, if they strip off on stage it is their decision and has a function rather than being sexualised. They wear comfy knickers, will massage their perineums with olive oil to avoid tearing in childbirth and will rail against the passage of time as a slow, slow bastard cunt!

Performance is meshed with music,song and movement so there is always a sense of flux and change. Even in moments where there is a static snapshot of stillness there will be music or the movement of a statue or the TICKTOCK digital display flashing. Nothing stays the same. The scenes are constantly shifting as the pile of disguarded clothing gets bigger as if to say plays like bodies can be dressed or styled in an endless array of guises. The nod to Shakespeare in some of the fashion choices is a witty reminder of just how many of our classic plays were written by men and are now being revisited from a female perspective- most recently Othello at Liverpool’s Everyman.

Rashdash are all accomplished musicians and with the addition of Chloe Rianna on drums and Yoon-Ji Kim on violin and synth, they move through a range of styles from classical to trippy, punk and blues. The soundscape is as varied as the costumes and the women on stage. Olga Helen Goalen, Masha Abbi Greenland and Irena Becky Willie all sing, and they all deliver whether alluding to mainstream pop Adele and Katy Perry or spitting out a punk lyric or belting out a torch song. The lyrics are mercilessly clever, and often wickedly funny. All three deliver strong performances that have an essence of each sister. 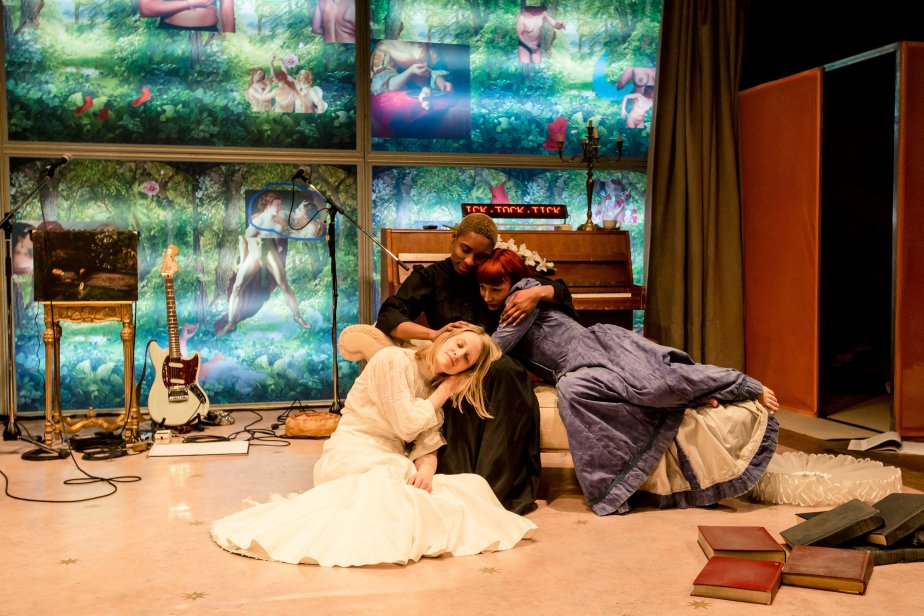 This production works across enough levels to be a success whether you know the original or not. A Chekhov aficionado will get the references to their mother’s broken clock or the spinning top given to Irena. They will see the irony of Olga idly wishing she was more able to do something about homelessness when of course the sisters are about to lose their family home. Whereas fresh eyes see a topical issue being raised that they have probably walked past on their way to the theatre. The haze of smoke alludes to the nearby town on fire but could just as easily refer to Grenfell Towers. Masha can be a modern woman dealing with heartbreak by swiping Tinder or a sister in an unhappy marriage seeking solace within an army garrison.

Moments on stage such as Masha reading out multiple reviews of the original play or being literally squashed by volumes of the classics poke fun at our obsession with the relative safety of tradition in theatre while reminding us of the need for joyfully subversive new works. Rashdash pull back the curtains and fill the stage with fresh air and new opportunities. Three Sisters can challenge existing lovers of the classics and bring new vibrant audiences to look at established works. The Royal Exchange Theatre is currently also showing The Cherry Orchard on it’s main stage. Like a beautifully deconstructed cheesecake on Masterchef Three Sisters is a brilliant take on the original classic.