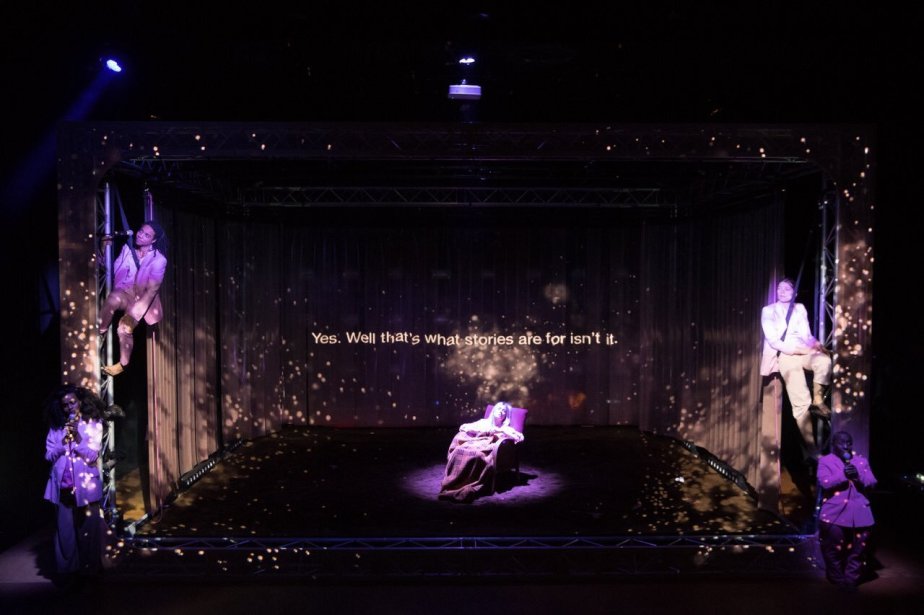 Future Bodies is a veritable smörgåsbord of ideas, concepts and in-depth explorations of ethical issues around life and living, death and dying in a modern world of biotechnology and human enhancement technologies. Unlimited Theatre have teamed up with HOME to collaborate with Rashdash to explore the wide arranging implications of these scientific advances on mankind. The result feels like a truly sensory mind f***.

This is an extraordinary piece of theatre. The intention is to shake up our sense of who we are and looking toward the future consider what we possibly could become. The joy in this production is that everything seems up for vigorous debate, so many possibilities are explored, some in snappy bite-sized nuggets, some in songs, others in longer in-depth segments. Bursting at the seams with information, energy and enthusiasm, the result at times is messy and chaotic, however this is a show that delights and informs in equal measure.

Visually arresting the set design looks amazing. A blend of gossamer layers and Venetian blind style screens that the performers themselves move around a giant sand pit. The layers of screens keep peeling back like onion layers as the performers delve into what it means to be human and at what cost do we maintain or extend life. The video and lighting design by Sarah Readman and Josh Pharo are exceptional with intense colours and vivid use of video and lighting to caption the performance. In creating a lush sense of other worldly, punchy neon brights against fleshy pinks and earthy browns the set further contrasts the dichotomy between man and technology.

This is a feast for the eyes and the ears with Rashdash member Becky Wilkie having her own music stage next to the main stage.Looking like a pregnant blue alien who has raided the wardrobe of a Ziggy Stardust / Aladdin Sane fan, Wilkie is utterly captivating. So arresting is her performance that at times it is difficult to know which stage to focus on. 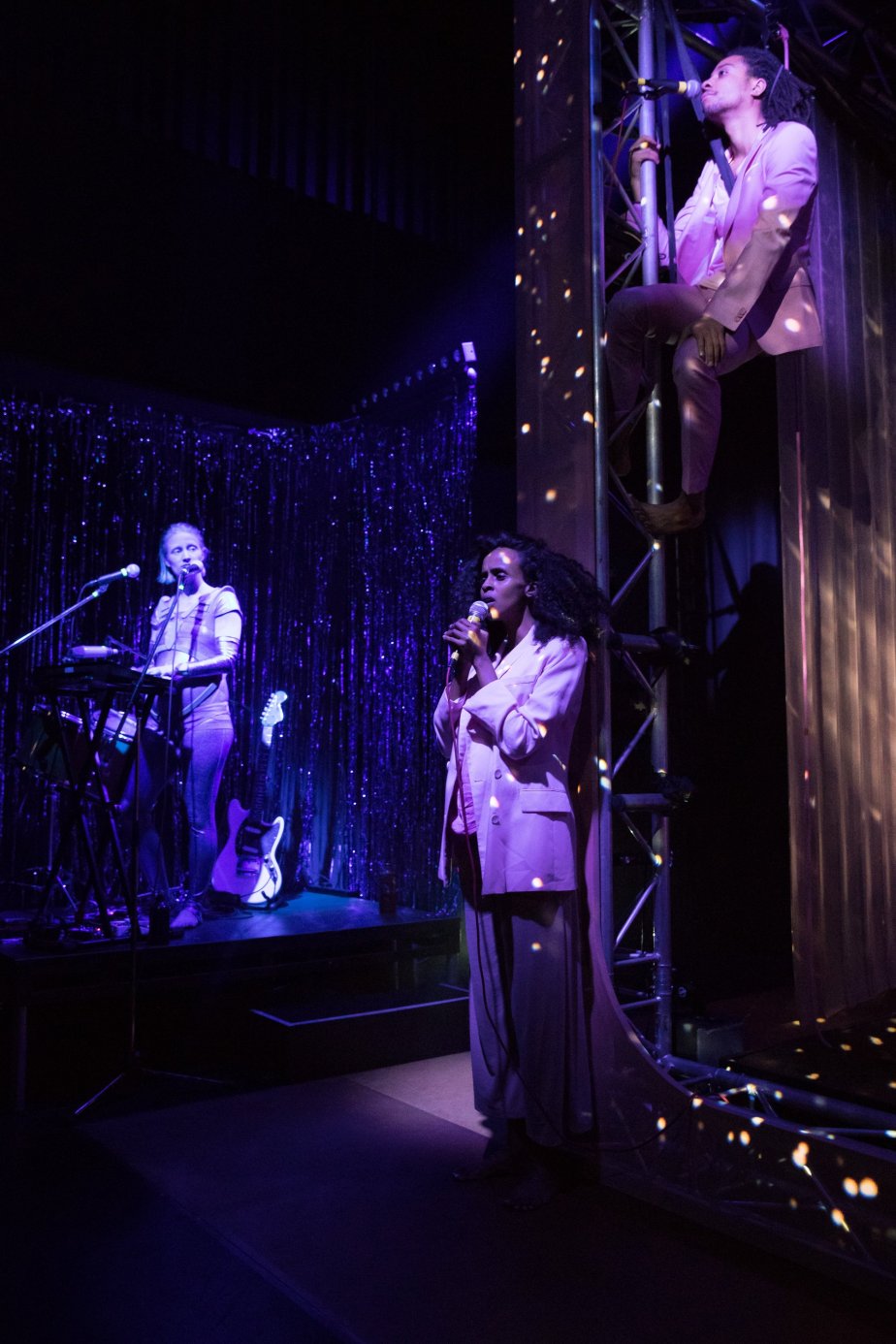 The five other performers move effortlessly from scene to scene with infectious energy and enthusiasm. Each cast member brings something special to the debate on stage whether it is to be a young male discussing an implant to remove antisocial behaviour and murderous intent, or a profoundly deaf performer celebrating what makes her special. The powerhouse performance of Alison Halstead, so good in the Graeae production of The House of Bernardo Alba, highlights grief poignantly questioning the nature and function of grief.

Disarming and migraine inducing this is a full on assault that invites an audience to process, reflect and integrate new information while reassessing old perspectives. Future Bodies is all about grappling with big scientific and ethical concepts while simultaneously being at a gig, an art installation, and watching a theatre and dance performance. It demands our attention and perhaps suggests that we might actually need an implant or an upgrade in order to fully process everything on stage. Of course instead of a reboot we could just rebook and see Future Bodies again.